It may be fair to say that many of us live a life that runs counter to the tempo of the natural world. We often live in cities, encased in a jungle of concrete, steel and glass. So for those of you looking for a break away from the rat race, we at Irish Spirit can help. Pour yourself a toacán, sit back, and put the breaks on the cogs. Our first blog of the year delves into the long evolution of the mighty Oak Tree, it’s spiritual role in society, and how through both accident and patience, whiskey came to be. 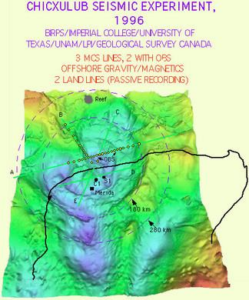 Our story begins some 65 million years ago. The Cretaceous–Paleogene (K–Pg) extinction event destroyed over 75% of life. Current hypothesis suggests a meteor the size of Everest hit the Yucatán Peninsula in western Mexico. Cataclysmic events were triggered simultaneously. A prolonged “impact winter” blocked the sun, suffocating land based animals and plant life. Acidification of the world’s oceans decimated most sea life except for crocodiles and tortoises. The dinosaurs never knew what hit ‘em.  It was the end of an era, but cleared the land for a more diverse, richer world…

The Oldest Oak May Be 45 Million Years Old

Enter the Cenozoic Era. A period absent of prehistoric predators, pesky humans, and horses apparently. With more temperate climatic conditions, this tranquil time sparked the greatest period of growth in the history of Earth’s biodiversity. One such plant was the mighty Oak tree. Although impossible to accurately designate a specific area of origin, oldest fossilized records place it in Georgia, USA, some 45 million years ago. The resilient acorn, the durable husky seed of the Oak tree, ensured its reach was far and wide. Having survived millions of years of climate change, disease and pests, the oak tree is now a native to the entire northern hemisphere.

Gaelic and Sanskrit “duir” – a word for solidity, protection and the Oak tree.

Throughout history, humans have utilized the oak tree as a physical resource. Interestingly, it has also served us in a spiritual capacity. In Ireland, two counties are named after it: Derry, from the Gaelic Doire and Kildare, also from its Gaelic origin Cill Dara, or Church of the Oak. It is the national tree of 21 countries, and is featured on currencies, coat-of-arms and political iconography across the western world. Ancient Greek, Norse and Baltic beliefs placed the Oak tree as a conduit of communication with their respective deities. Druids (Celtic Magicians) in Roman times, treated the Oak tree as a sacred cure for infertility. Still, to this day, the Oak tree and its fruits are prized in the fields of aromatherapy and other alternative medicines.

From Noble Tree to Transformative Vessel

Earliest known records suggest it was the Egyptians who first crafted and utilized wooden barrels some 5000 years ago. This was done for storage purposes. However, unbeknownst to them, the Egyptians had inadvertently created the earliest example of alcohol maturation, in this case wine. What was important to them was that goods transportation was greatly aided as the wooden barrels provided a lighter, less fragile vessel than traditional clay pots utilized at the time. Enter the Iron Age, and the Gaul (Celtic) people of Illyria and Cisalpine (modern-day Italy and the Balkans) modernise the craft of coopering. The discovery of iron grants coopers the ability to craft larger, stronger barrels. By replacing the wooden hoops used to hold the staves together with metal ones, the freight industry is revolutionised.

It wasn’t long until the wooden barrel would evolve from it’s rudimentary role in ancient society, to becoming the key of complexity today. Whether its Whiskey in Ireland, Tequila in Mexico or Rhum Agricole on the Indian island of Mauritius, worldwide, fiery spirit and toasted wood are combined in a harmonious marriage that’s older than marriage itself. Also, fun fact, Tabasco Sauce, some vinegars and coffee beans are also barrel aged.

How to Choose a Tree

It takes just 90 days for barley to grow from seed to harvest. With oak trees, it takes at least two decades to even develop acorns. Harvest time is exponentially longer. American Oak takes at least a century to develop into the size and maturity suitable for harvesting, with European forests harvested later, anywhere between 200 and 400 years old. Spare a thought next time you tuck into that warm golden liquid delight. 400 years ago, Australia was still Aboriginal, and the United States was all but The Thirteen Colonies. Harvest time is dependent also on size; with the trunk length at minimum 6 metres and a circumference of 1 a single tree should produce four barrels. The second distinction between American and European oak is during the milling phase. Typically, when creating our barrel staves, American tree trunks are sawn while European trunks are ‘split’.

This is a technique any outdoor enthusiast should be familiar with; Instead of sawing lengthways, the top of the trunk is struck with

a cleaving axe alongside it’s medullary rays. These are the lines that emanate from the centre of the trunk. The force of the strike passes down through the wood’s natural grain, ‘splitting’ the trunk end-to-end into long staves. Despite European oak being more porous than American, the stave that results, will be denser than its American counterpart, providing a more subtle wood influence on the whiskey. Conversely, sawn staves are more exposed and allow more liquid to transfer in and out. All bourbons are casked in this type of oak, and one of the reasons the category is synonymous with bursts of vanilla and coconut, common traits of Quercus Alba or [American] White Oak.

A Forest Of Sleeping Timber

After milling we must dry out the freshly cut staves. Freshly cut wood or ‘green’ wood is at that stage composed of up to 30%-45% water. For any chance of the cooper being able to bend and craft their cask, this percentage would have to drop to around 9%. There are two ways of doing so, kiln-drying and air-drying. Air-drying is the self-explanatory process of leaving the wood to dry out naturally in the open air. Staves are stacked two storey high, separated by a small gap to allow for air circulation. This process will typically take about 2 years with hardwood varieties typically taking up to a decade. The main benefit of this lengthy investment in time is the natural malleability to the wood. This allows the cooper to better craft his cask, reducing the risk of breakages. Subsequently, increased malleability allows the wood to expand during the warm summer months and contract during the winter, aiding maturation. This is what’s known as ‘breathing’, an osmotic process that allows the transfer of flavour from the wood and surrounding environment, to the whiskey.

Alternatively, a kiln is used to dry out the wood. Just imagine an oven, but the size of your typical suburban household. Kiln-dried wood takes only 6-8 weeks to complete, with temperature, humidity and airflow fluctuating under a controlled environment. The main purpose for kiln-drying is saving time while eradicating pests and mould. Despite these benefits, the majority of whiskey makers opt for natural, air-dried lumber. Not just for its aforementioned malleability, but reportedly due to the more nuanced flavour it imparts into the whiskey. 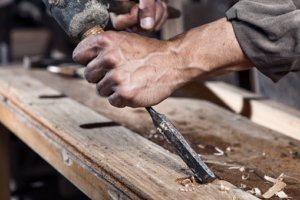 Now that we have cut and dried our wood, the next step is at the cooperage. In our next segment, we dive head first into what is considered one of the oldest crafts in the world. We will be asking what it takes to be a cooper, and what (if any) modernisations have arisen since conception.