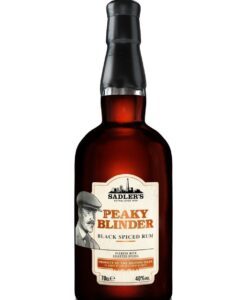 Many will recognise the name “Peaky Blinders” from the hit BBC series, based on the stories of a notorious 19th/20th century street gang. However, it is also the name given to some outstanding spirits, such as this delightfully dark and delicious spiced rum. The deep, dark hue of the Peaky Blinder Black Spiced Rum is […]