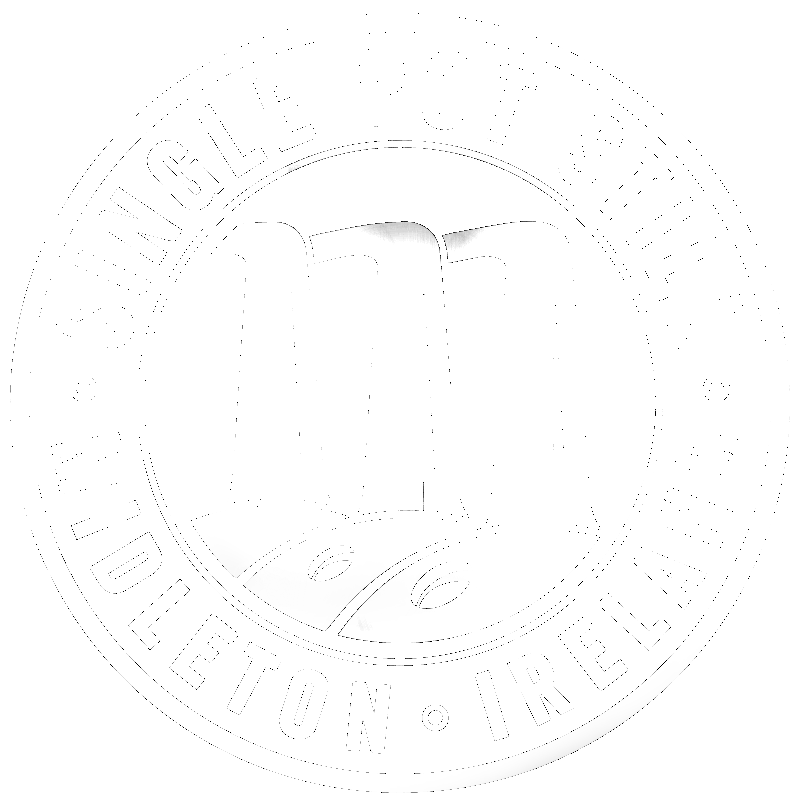 THE MIDLETON DISTILLERY: THE GIANT LIFE-RAFT OF IRISH DISTILLING

The Midleton Distillery is the unequalled giant of Irish distilling, and the producer of some of the island’s best loved whiskeys, including Jameson, Redbreast and Powers. It can deservedly be seen as having saved the ancient tradition of whiskey making in Ireland, persevering alone through the gradual slump and near-on full collapse of Irish whiskey production, brought on by Prohibition and lasting through to the 1970s..

The New Midleton Distillery (right beside the Old one) was opened in 1975 by Irish Distillers. The company had been formed after three smaller distilleries, Jameson, Powers and the Cork Distillery, banded together for the sake of survival and shifted all their individual production to the only location fit for proper expansion.

With a continuous distilling tradition dating back to 1779, the various whiskeys now under the Midleton Distillery umbrella comprise the core modules for any introductory course in Irish whiskey. However, they are also some of the most important electives for those graduating up through mid-range to old and rare bottlings, and right up to true Irish whiskey expert status.

A REFRESHING GROUP OF INDIVIDUALS

The uniting of some of Ireland’s most beloved whiskeys under one roof has created a dynamism in skills and thoughts that nurtured the growth of Irish whiskey. Like old Irish monks and hermits in the Dark Ages, taking the “Good Word” to the safety of remote island communities for safekeeping, the Irish whiskey industry, on its last legs, set its final hopes on the New Midleton Distillery. From there, with careful stewardship, the individual whiskeys have risen, and continue to rise, to become recognised as some of the finest in the world.

For almost 200 years, from 1786 (though the distillery was active from 1780), the Jameson name was inextricably linked with the Bow Street distillery in Dublin city centre. At the time, Irish whiskey was second only to rum in global popularity, and by the early 19th century, Jameson was the most popular whiskey in the world. With a favourable change in excise laws and a reputation for a refined product, millions of casks rolled out of Bow Street and onto barges on the River Liffey. The barges then transported them the short distance to the port of Dublin, and from there to the rest of the world. Alas, these glory days weren’t to last.

The first assault on Jameson, and Irish whiskey in general, came in the form of fierce competition from Scottish distilleries. These fierce competitors had introduced the innovations of blending different whiskeys to lower costs and also self-bottling to control quality. By the beginning of the 20th century, Scotch had become more popular, and by the 1960s, after Ireland’s independence in 1921, Prohibition in America, a long trade war with Britain and two world wars, Jameson was barely surviving. Its magnificent distillery had become outdated and dilapidated, and in 1971 it moved to Midleton as part of the valiant effort to save Irish whiskey.
This period of downfall was not the end, however, as when deciding on which whiskey would best represent Ireland’s hopes for a new beginning, the nascent coalition of Irish Distillers settled on Jameson. With its distinctive green bottle and long history of excellence, not to mention the distinctive light and mellow taste, it is usually the first Irish whiskey most people try. As well as that, its aged and special Reserve editions are held in high esteem by reviewers and collectors alike.

Founded in 1791 by pub owner James Power, Powers only truly came into its own under his son John (and his own son James, named for his grandfather). Rapid expansion followed the Excise Act in 1823 as Irish whiskey went through a golden era. By the turn of the 19th century, the distillery boasted 6 pot stills and was producing more than 900,000 gallons of whiskey a year, only slightly less than Jameson at the time. The distillery complex, on the south side of Dublin’s River Liffey facing across to its fierce rival Jameson, took in nearly 7 acres, employed about 300 people and boasted cavernous vaults under the city for storing and maturing casks.

Its story from that point, however, is similar to all Irish distilleries: war, embargoes, Prohibition and Scotch domination took a heavy toll on the venerable powerhouse. This was despite the best efforts of the Power family, who were among the great innovators of Irish distilling, and had been the first to start bottling their own whiskey in 1886. Powers remained family owned until 1966, surviving but hardly thriving, when it joined with Cork Distillers and buried the hatchet with Jameson for the greater good of Irish whiskey.

The whiskey today still maintains its own distinctive rich and slightly spicy flavour, and it has recently given fans even greater choice with a Pure Pot Still and a 12 Year release. It is through its Gold Label that it is most widely known, and despite the popularity of Jameson globally, Powers is still the most popular whiskey in its home country.

The first “new” whiskey to be released as part of the Midleton adventure was in 1984, and was rightly named after its distillery, a fitting tribute to the new unified front of Irish Distillers. Released every year in a limited quantity up to 50 casks, Midleton Very Rare is hand selected by the Master Distiller and can contain a mix of anything from 12 to 25-year-old single pot still whiskey. As the distillery’s premium offering, and thanks to its extreme rarity and annual variation, Midleton Very Rare has become the most sought after Midleton release for connoisseurs and collectors alike.

One of the causes of the unfortunate demise in Irish whiskey was the fact that up until the 20th century, most distilleries didn’t bottle their own whiskey. This was done by the many bonded merchants who purchased casks directly, and from there did with them what they wanted. Due to the widespread adulteration that followed, whiskey from trusted and reputable vendors came to be highly prized. Thus, Mitchell and Sons, with their premises on the refined south side of Dublin city, came to prominence as providers of matured Irish whiskey to high society. Renowned patrons included great literary figures such as W.B Yeats and Samuel Beckett.

The names came about from a very simple system: the colour of spot daubed on the cask to identify it. Green Spot was pot still whiskey aged from 7 to 10 years, and Yellow Spot spent at least 12 years in Malaga, bourbon or sherry casks. Today, the two whiskeys seek to recreate the tastes of that era by following the same processes of distilling and maturation, giving a notable and complex tasting experience.

Single Pot Still whiskey is the true definer of Irish whiskey, and Redbreast was always one of its finest archetypes. It is known colloquially as “the priest’s bottle”, from a time when the priest was the only gentleman around with enough disposable income to spend on the greater pleasures in life. Redbreast holds a sacred place in Irish whiskey history, originating from its golden period in the 19th century.

As mentioned, distilleries of that time sold their produce by the cask to various merchants, bottlers and publicans.One of the grandest was W & A Gilbey, who matured their own whiskey, straight from Dublin’s distilleries at their bonded warehouses around the city. From 1887, this stock came solely from Jameson and was marketed under their own Castle Whiskey brand, with the best of these their 12 Year Redbreast. Thus, for more than a century Redbreast has been viewed by the Irish as the premium Irish whiskey, a tradition which is well lived up to today. The whiskey is highly regarded, and is constantly recognised for its paramount status among Irish and world whiskeys. Among many others, it has received Irish Whiskey of the Year from Jim Murray and double gold at the San Francisco World Spirits Competition. 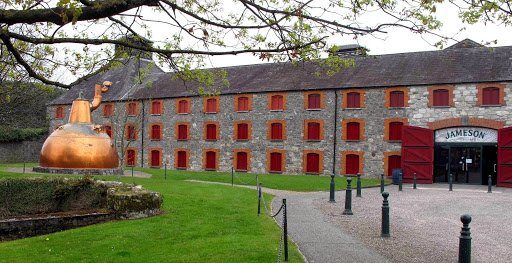 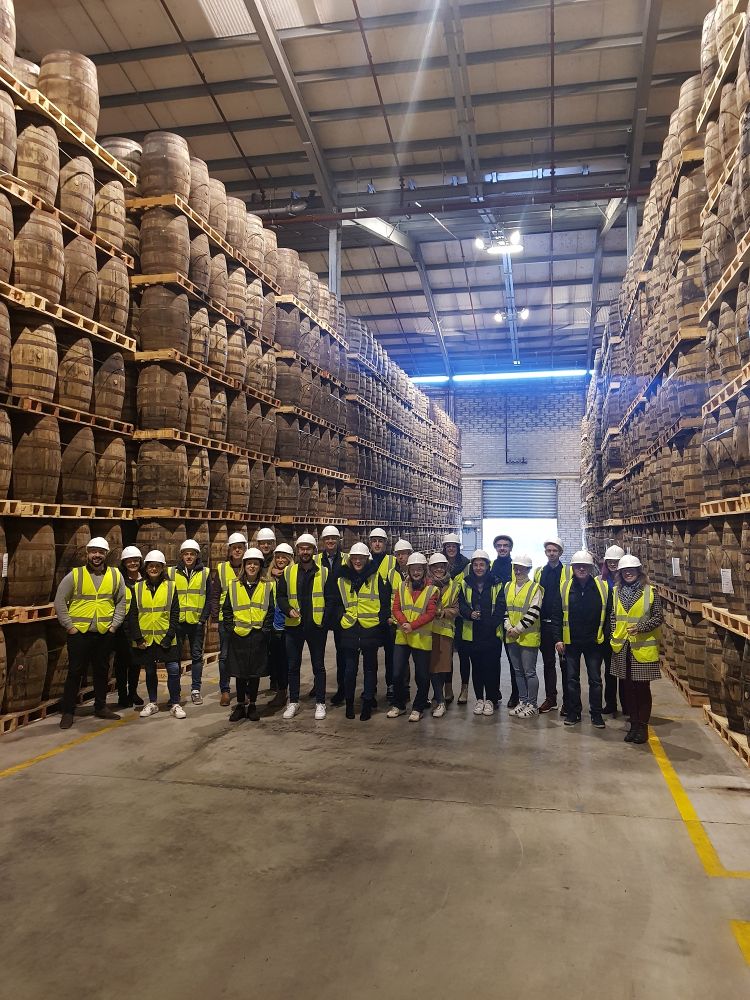 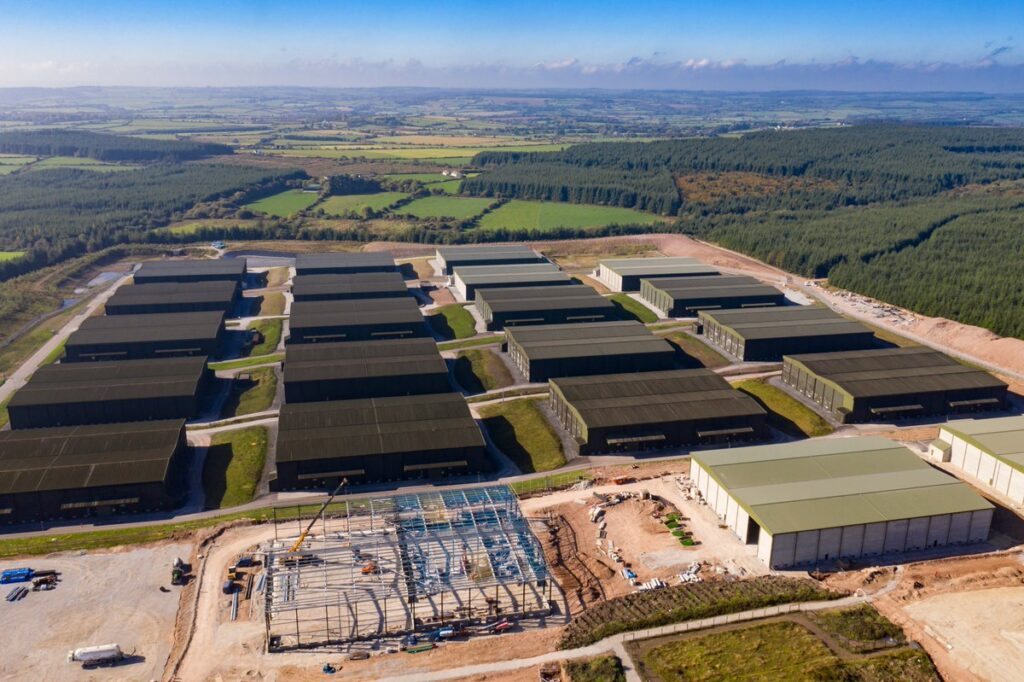 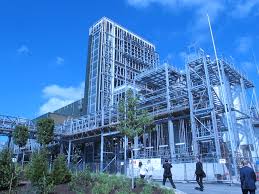 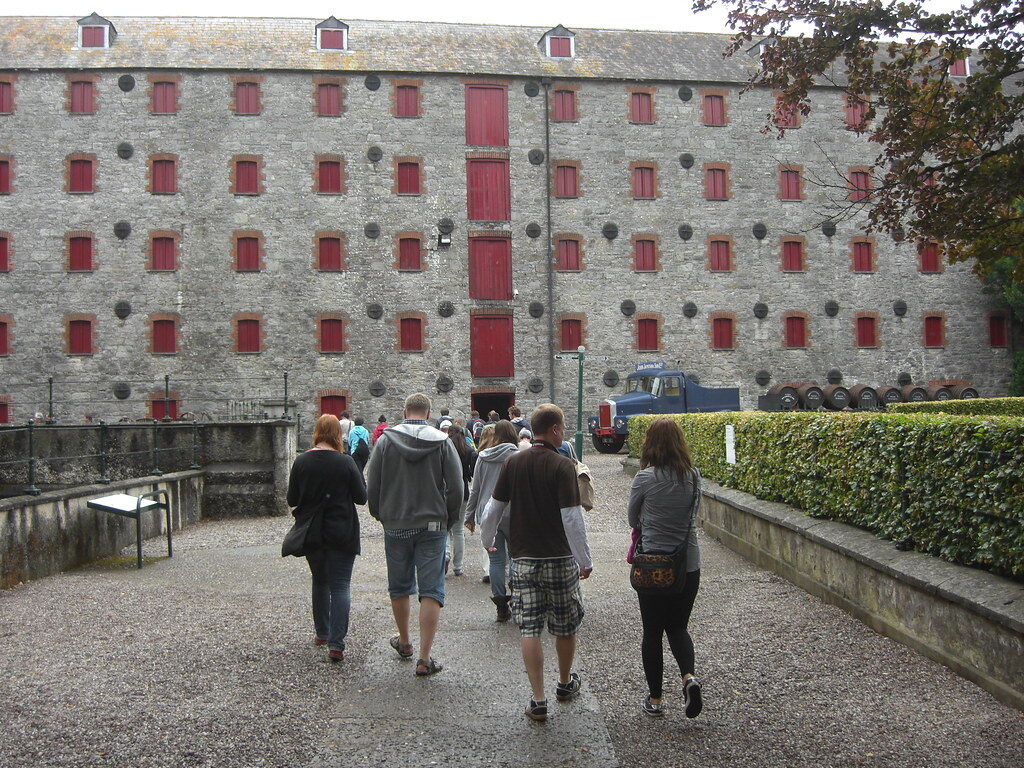 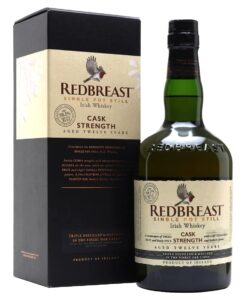 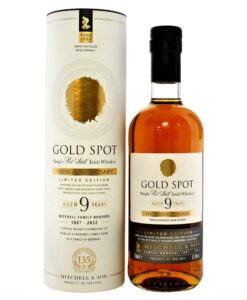 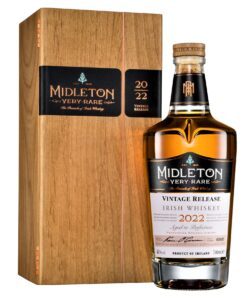 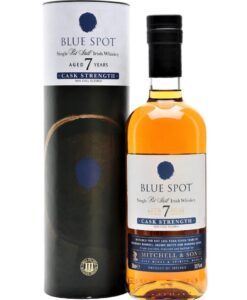 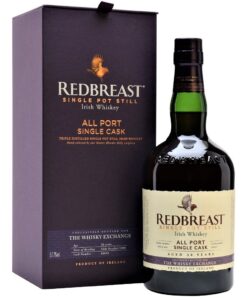 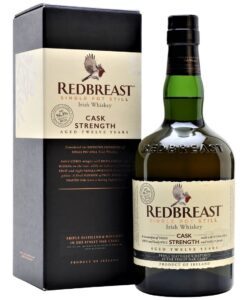 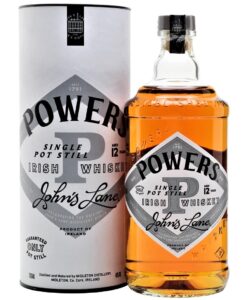 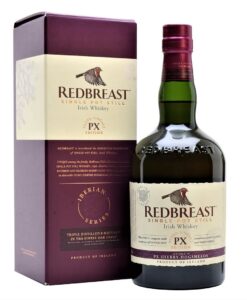