A Brief History of Paddy

The legend of St. Patrick is one of many twists and tales. Firstly, despite being the patron Saint of Ireland, he was in actual fact, born on British soil sometime in the 4th century A.D. Captured by Irish pirates as a teenager, he was enslaved for 6 years as a sheep herder, before escaping back to Britain. He found solace by studying the teachings of Christianity, and after receiving a “calling”, eventually returned to Ireland to spread the word of God. Legend has it that Saint Patrick (Naomh Pádraig in Gaelic) would use the Shamrock to illustrate the doctrine of the Holy Trinity. It’s three leaves representing the Father, the Son, and the Holy Spirit. His evangelism was further aided by the fact that many religions before believed in similar deity, and the widespread use of the triskeles symbol. Contrary to popular belief, his efforts never actually granted him canonisation from the Church, with his Sainthood being granted centuries later through his legend of holiness.

Few records of Naomh Pádraig exist today. Just two letters are believed to be written by the man himself; “Confessio” and the “Letter to the Soldiers of Coroticus”, considered the oldest written documents in Irish history. The former, an autobiography of his hardships and adventures, the latter, a scaving critique of British soldiers and their treatment of Irish Christians. Following his death in 493AD, it’s said he was buried at the site of Saul Abbey in County Down, an area known as the Cradle of Christianity in Ireland. 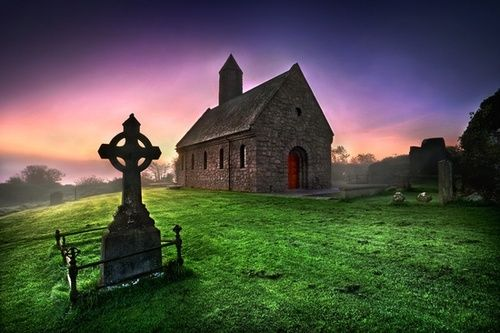 The life of Naomh Pádraig is shrouded in mystery. Did he rid the entire Island of Ireland of snakes? Did he request a taoscán of whiskey on his deathbed? Records are conflicting and reports thin. But that is what makes the legend. 1500 years later, the day the world’s Irish Spirit comes alive, a day based on a man born of foreign lands, but who became the ultimate native symbol. So what better way to honour the man that started it all, but by having a toast wherever you are in the world, with some Irish Whiskey!