What is Pot Still Whiskey?

What is Pot Still Whiskey?

Whiskey made with pot stills instead of column stills? Correct.

So what’s the difference? It’s all about the mash bill.

The mash bill is the recipe that tells distillers which grains to use and in what proportion. It will help them decide what raw materials they need to begin the production process. This recipe is the first stage of the artful mastery of whiskey making. Similar to breadmaking, the flavour, aroma and texture are greatly influenced depending on which grains are used. There is a general rule of thumb: corn or maize is sweet; rye is spicy; wheat is “soft”; and oats are aromatic, adding body or mouthfeel.

That leaves us with barley. We are all familiar with malted barley, but what about unmalted or raw barley? Read on…

Due to its high sugar content and naturally occurring enzymes barley is perfect for distillers and brewers. It is absolutely the grain of choice. These sugars are the fuel that helps yeast to work it’s magic and the ingredient that will be converted into alcohol.

However, before any activity can start in the distillery, the barley is first malted. This is a process whereby the barley is submerged in water, tricking it into germinating, exposing the sugars locked inside the hard husk of the seed. The germinating barley is then dried/ roasted in a large oven called a kiln, halting the process, retaining the sugars for future use. Although the majority of Irish whiskeys today are unpeated, the drying process was originally done over peat fires in Ireland. A tradition many new distillers aspire to revive in the coming years.

It’s malted barley that gives whiskey that richness and depth. So why would anyone consider replacing this magnificent ingredient with another? Why did the Irish do exactly that? 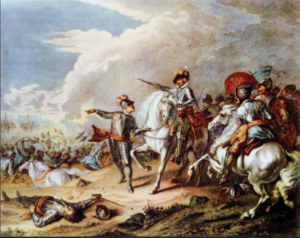 Taxes, Avoiding Them and National Schisms

As always, the English were at it again. Due to neverending wars, as was the fashion at the time, taxes were imposed on malted grain to cover costs. First in England (1697), then Scotland (1725) and finally Ireland in 1785. Apparently, we have Arthur Guinness to thank for this delayed expansion, due to his status as a major brewer and his political savvy. That year revenue reported 3604 maltsters in Ireland, so this was no minor declaration.

To counter this added cost, some distillers chose to mix their mash bills with unmalted or raw barley. However, counter to common understanding, the additional tax on malted grain wasn’t the only reason for distillers using alternative mash bills. Major pot still whiskey producers, particularly those in Dublin and Cork, were already distilling with raw barley long beforehand. So despite the later economic advantages, we can assume there were more inspiring reasons behind the mixed mash bill. Whereas the Scottish became more synonymous with the classic malt recipe of using just malted barley, the profile of Irish pot-still gradually grew to be represented by this new, more varied style. At this moment in time we begin to see the first major distinction between the two Gaelic powerhouses of whiskey distilling. 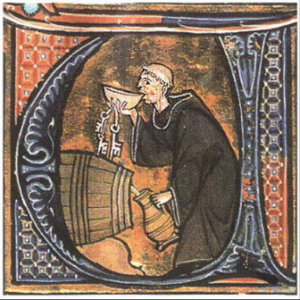 Although oats were commonly used as a food source, the addition of unmalted or raw oats to mash bills had become commonplace within the Irish distilling community from the early 1500s. Its tough husk prevented rot and proved to be a good source of fermentable sugars. However it was a messy affair; the oats would purportedly expand during distillation and cause explosions!

Nevertheless, oats would become integral to the Irish profile. Not just with large producers of pot still whiskey but also throughout the poitín distilling heartland of the northwest. Unfortunately, with the loss of Ireland’s historic distilleries, so came the loss of these dynamic mash bills. The future is bright however, with the surge of new distilleries we are hearing word of experimental recipes being trialled across the Island. More on this next week!